With a cleanly shaved face (like a babies bottom, oh dear what have I done!!!) and as with tradition, I bring to you my 2011 top 10 albums of the year. This year was like all others, extremely difficult. Without further adieu… 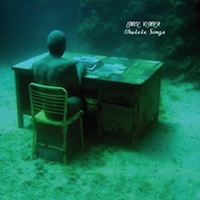 The first entry of my top 10 of ’11. This year was my first chance to see Pearl Jam live (with Jenn and Justin; what a great great show!). When I first found out about this album I thought, how good could it really be: one guy fiddling around on a ukulele. Oh wow though, did it ever knock my socks off. My favorites include: Without You, Can’t Keep, Longing to Belong, Once in a While, and Tonight You Belong to Me.  Here’s a youtube of Without You. 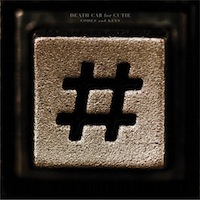 The number 9 entry belongs to Death Cab for Cutie. I never really was a big fan of Death Cab; could it be their ridiculous name? …not sure. However, ever since I first put this album in my rotation I have loved it.  It’s just a good, solid album. My favorites include: Doors Unlocked and Open, Underneath the Sycamore, St. Peter’s Cathedral, and Unobstructed Views. Here’s a youtube of Doors Unlocked and Open. 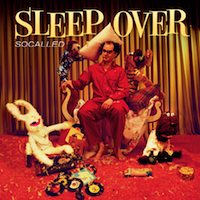 Ever since I saw Socalled at the Regina Folk Festival I have been a big fan. There is just something so unique and fresh about his music, something so great. This album simply does not disappoint – it’s great from start to finish. My favorites include: UNLVD, Richi, Beautiful, Work With What You Got, Sleepover, and a cover of Springhill Mine Disaster. Here is a youtube of UNLVD. 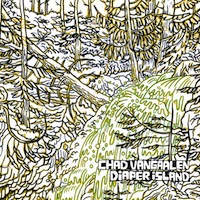 Well, this album is a unique entry in my top 10 of ’11 list. Let me state, I LOVE this album. There is not one song on it I don’t like and this was once, earlier this year, a contender to be in the top 3 of my list here. What changed you ask? It all changed when I saw the man and his band live a few months back. Playing a wide range of tunes from this album, the concert really should have been one of my year’s highlights. However, the concert was one of the worst, if not the worst, concert I have ever seen. Playing way too loud (and I like loud music!), and playing out of tune and appearing to laugh about it I was quite taken aback. However, the greatness of this album cannot be overshadowed as it is a very excellent album but still I have a sour sound in my ears and have slid this album down from where it should really be. My favorites on the album include: Blonde Hash, Freedom For a Policeman, Replace Me, Peace is on the Rise, Sara…really, it’s all good!  Here is a youtube of Replace Me. 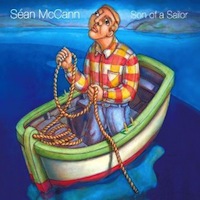 6: Sean McCann, Son of a Sailor

This is such a good album. Being a fan of Great Big Sea (GBS), Sean’s music is very much the same goodness; on the mellower side of GBS. This album is a constant in my workday/playday playlists. My favorites include: Rather Be A Sailor, Simple Song, The Reply, Doing Fine, Long Road…really, every song is great!  Here is a youtube of Rather Be a Sailor. 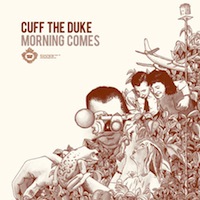 Cuff the Duke is quite simply one of Canada’s best and greatest bands. On the heels of the Tragically Hip, Blue Rodeo, Barenaked Ladies, Rheostatics, Sloan, and Great Big Sea – Cuff the Duke will be known as one of Canada’s musical gems I am sure of it. This album is a great one, in line with all of their previous albums. My favorites include: Count on Me, Standing on the Edge, You Don’t Know What Its Like, You Won’t Look Back, So Many Times Before, and Time is Right.  Here is a youtube of Standing on the Edge. 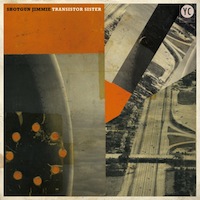 Another year, another Shotgun Jimmie album on my list. There is just something about this guy that appeals to me, be it the rawness of his sound, the humor and light heartedness he has – it all just is very refreshing. At the Regina Folk Festival this year he was one of my favorites. This album is just good and fun!  My favorites include: Too Many Flowers, Transistor Sister, Swamp Magic, King of Kreuzberg, Suzy, and Stereo and the Stove.  Here is a youtube of King of Kreuzberg. 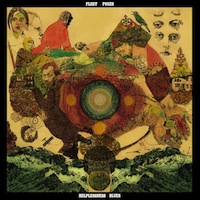 Getting closer now to the number 1 album of the year!  My number 3 of ’11 belongs to these fine masters of folk goodness. Mr. Rhiendel first introduced me to the Fleet Foxes a couple years back now and I have been a fan ever since. Their folkiness and beautiful harmonies just resonate with me. This album is quite simply a masterpiece. My favorites include: Battery Kinzie, Lorelai, Bedouin Dress, Helplessness Blues, Someone You’d Admire, and Blue Spotted Tail but really, every song is fantastic!  Here is a youtube of Battery Kinzie. 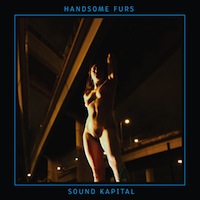 Seeing these folks at The Exchange this year was definitely one of my year’s highlights. A day that was full of music – Jason and I playing the Harry Chapin tribute; another highlight, thank you so much Jeff. I will remember playing that tribute gig forever! …and then Jason, Melly, Tara, and I…oh and Bree came later, went to go see these 2 beautiful people. Such a great day!  An interesting fact (perhaps) – this album, along with Chad VanGaalen’s 2011 album were my first 2 LP purchases. I simply love love love this album – every song from start to finish. It’s just so great! But if picking favorites: Serve the People, Repatriated, Bury Me Standing, What About Us, and When I Get Back standout. Here is a youtube of Bury Me Standing. 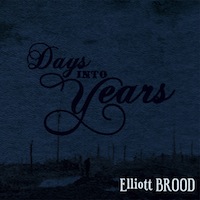 After first hearing this album I instantly knew it was something special. Like with the Handsome Furs, I saw Elliot Brood for the first time this year with Jason, Melly, and Bree and oh boy, what a great show indeed (second only to Rammstein in May which was the best show I have ever seen, period!). Every song on this album is great and I am sure that this album will be one I listen to forever. Songs like If I get Old and Northern Air are instant classics for me but there is more. Lindsay, Lines, Hold You, Will They Bury Us, West End Sky, My Mother’s Side, Owen Sound, and yes, Their Will (my personal favorite on the album) – mentioning all songs on the album here, all I think are/will be a permanent part of any playlist I will ever make.  Seeing them live, the energy they have – very special indeed.  Here is a unique version of the song Lindsay.

Well, there you have it ladies and gents. It was quite tough to dwindle the list to just 10, there was just so much great music in 2011. Many were not menitoned here (oh my, REM, PJ Harvey, Cake, Daniel Ramano…oh my oh my indeed the list goes on!)  As always, I’m sure 2012 will be yet another great year for music! -tMac