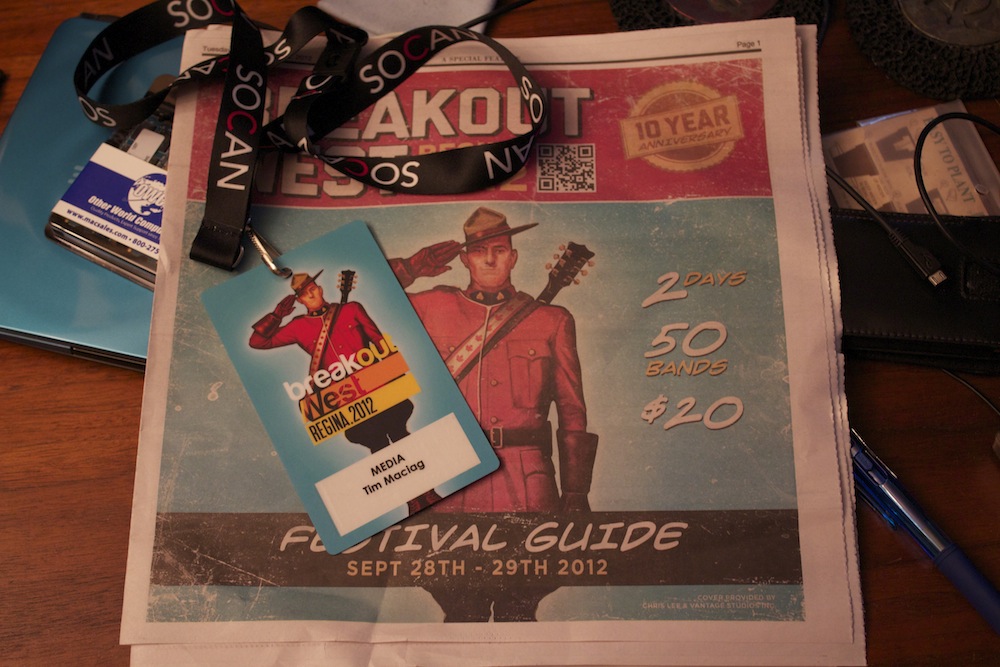 This past weekend I was asked by my friend Ben to help him take pictures for the Breakout West festival, the festival that takes place as part of the Western Canada Music Awards.  Being generally a landscape, tree, plant photographer I was quite apprehensive at first, even declining the offer. After chatting with Nova about it and my best friend Ajay, Nova said something along the lines of “well there is some pressure but it would be a great experience.”  Ajay, on the other hand, told me straight out to tell Ben that I would do it (not in so many words…ha). 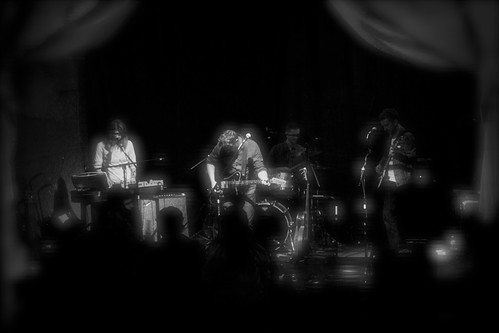 So, with that giant monumental kick in the ass I re-got a hold of Ben and told him that if he still needed a hand that I would be in. With that the weekend was set and looking back on it, oh my was it such a blur. But indeed I had a blast!

Enter Friday night. I had really wanted to see Sarah MacDougall perform at the Club as I saw earlier this year (at the Club) and have since become a huge fan of her.  That said I simply couldn’t make it out early enough, family obligations, and needed to start the evening a little late. Thus, the first band I saw was Federal Lights (Manitoba) at the Artesian.  A very awesome band performing in a very cool venue (possibly the best in Regina??). As a side note, when Jason and I have our own CD release (which will happen very soon I think) we may likely try to use this venue.  Back on track – Federal Lights (pictured above to the right, all lit up) – these folks were simply excellent! 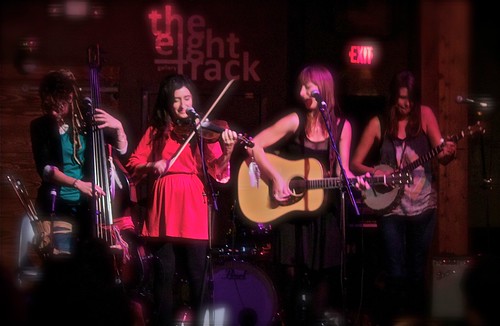 Next I traveled to the Club and was witness to another great band out of Manitoba – Oh My Darling (pictured left).  These 4 women are truly wonderful. I loved their music so much I also made an effort to see them Saturday night as well, although I also planned on trying to see some performers at the Creative City Centre too.  That, however, did not pan out as when I saw them setting up at Crave, I decided to stay as I just knew it was going to be great. 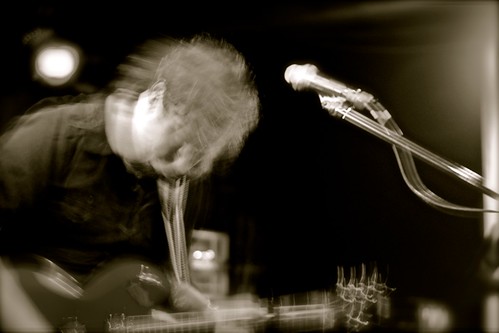 Catching the end of their set I traveled next door to the Exchange and saw Shuyler Jansen (pictured to the right, this pic sums their music nicely I think!). Shuyler and Co. are from Saskatchewan and I was quite impressed with what I heard indeed. It was then and there I thought to myself, what a treat it really is to be in Regina this weekend and to be taking part in this wonderful event – so much good music! I simply thought…wow! 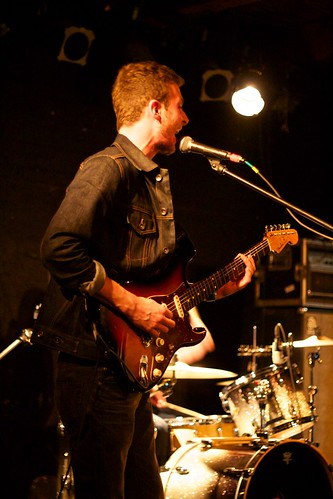 After Shuyler’s set I saw the 2-piece band (guitar and drums) Castle River from Saskatchewan (the guitarist pictured to the left). They too were most fantastic! Very reminiscent of the Japandroids I thought or Molten Lava. Finally I ended the evening back at the Artesian to catch The Lonesome Weekends from Saskatchewan – so wonderful! 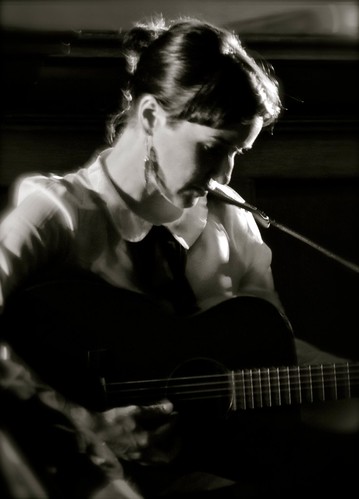 Saturday night was more of the same thing. Bypassing the Rider game to see more music (this was hard, especially since it was a heck of a game) – I’m glad I did as I heard some excellent music again.

Starting off the night I traveled to the Knox Metropolitan church to hear some fantastic classical music. What a wonderful way to start the evening. It just put me in such a great mood. I then traveled to Crave to see Sarah MacDougall from the Yukon (pictured to the right) and her band. Sarah is such a wonderful spirit. There is indeed a beauty in her music. Her last album, The Greatest Ones Alive, came out in 2011 and for surely, had I heard it in 2011, would have been on my 2011 top 10 album list – possibly even in the top spot inching out Elliot Brood (her first album, Across the Atlantic, which is equally good, came out in 2008).  Anyway, as suspected, she and her band mates put on a wonderful show. It was hard taking pictures as I found myself toe tapping or otherwise just caught up in the music (this was also the same for Oh My Darling and Dana Sipos who performed after).  I think I did manage a few good pictures though…ha! 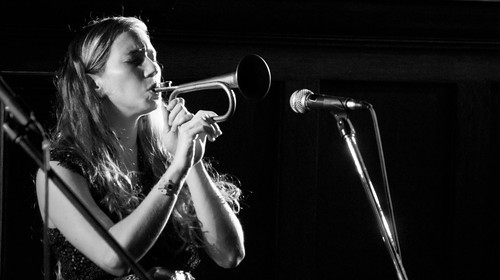 Staying at Crave for the next 2 musicians/groups I saw and heard Oh My Darling again and than Dana Sipos from the North West Territories (Dana is pictured left).  Both put on amazing performances. I really could have ended the night there but traveled back to the Artesian to see Jeffrey Straker (Saskatchewan) who I’ve come to like a lot. Just good, fun music.

So there you have it. The weekend was indeed a blur but it for surely was a great experience and I definitely heard some wonderful musicians and bands.  I really must thank Ben for the opportunity and especially Ajay for giving me a slap in the face. What really made the weekend worth while was that Sarah MacDougall posted one of my pictures as her Facebook cover. This simply made it all worth the while!

You can view a selection of the pictures I took over the weekend here:

The problem with all this picture business is I now find myself drooling over new expensive lenses to help me take better pictures now. Higher (lower) f-stops and wider angles – these lenses ain’t cheap!  Haha! …oh well, I guess there are worse things to invest in 😉 – tMac